IFMGA Mountain guide, ski and telemark instructor, helicopter rescue technician and many other things. Restless by nature, always looking for new paths to explore, “Soul slider”, as he defines himself, after 14 years from his first ski mountaineering traverse in 2006 from Mont Blanc to the sea to achieve the longest run in Europe and numerous ski mountaineering expeditions around the wolrd, including the last one gap year project to chase the winter, he will put again his skis on to achieve this ambitious project, looking again for a perfect powder.

A traverse of the Alps on skis
The new adventure of our  ambassador Matteo Calcamuggi  started on February 19th: an exciting crossing of the Alps from Mallnitz to Menton. A huge and epic ski tour traverse attempting a traverse of the the whole Alpine chain in one hundred days, from Losenheim 60 km south of Vienna, Austria, to Menton, South of France.
A great itinerary that crosses the mightiest peaks of Austria, Switzerland, Italy and France.
Forty-nine years ago, Austrians Robert Kittl, Klaus Hoi, Hansjoerg Farbmacher and Hans Mariacher set off to be the first athletes to complete the entire crossing of the Alpine divide from east to west on ski.
This route has been entirely managed by very few skimountaineers, a huge project that follows the natural path of the sun, from east to west, through 14 mountain ranges and will end 1800km later on the Mediterranean coast.

The most important mountains, the hills and the villages of the traverse.
From Lower Austria along the iron road, to the Hohe Tauern, along the gold road, the Großglockner (3,798m), the Tyrolean mountains and the Otztal glaciers, the famous Silvretta and the Wildspitze (3770m), the Engadine with Bernina (4049m) and Piz Palü (3,900m), the Rhaetian Alps, Lepontine and Pennine, the giants of Monte Rosa with Punta Dufour (4634m), winking at Mont Blanc (4810) before starting to descend towards the sea along the Graian Alps, Cozie and last but not least beautiful and demanding, the Maritime Alps.

Follow the adventure on our social channels…we’ll see some good ones! 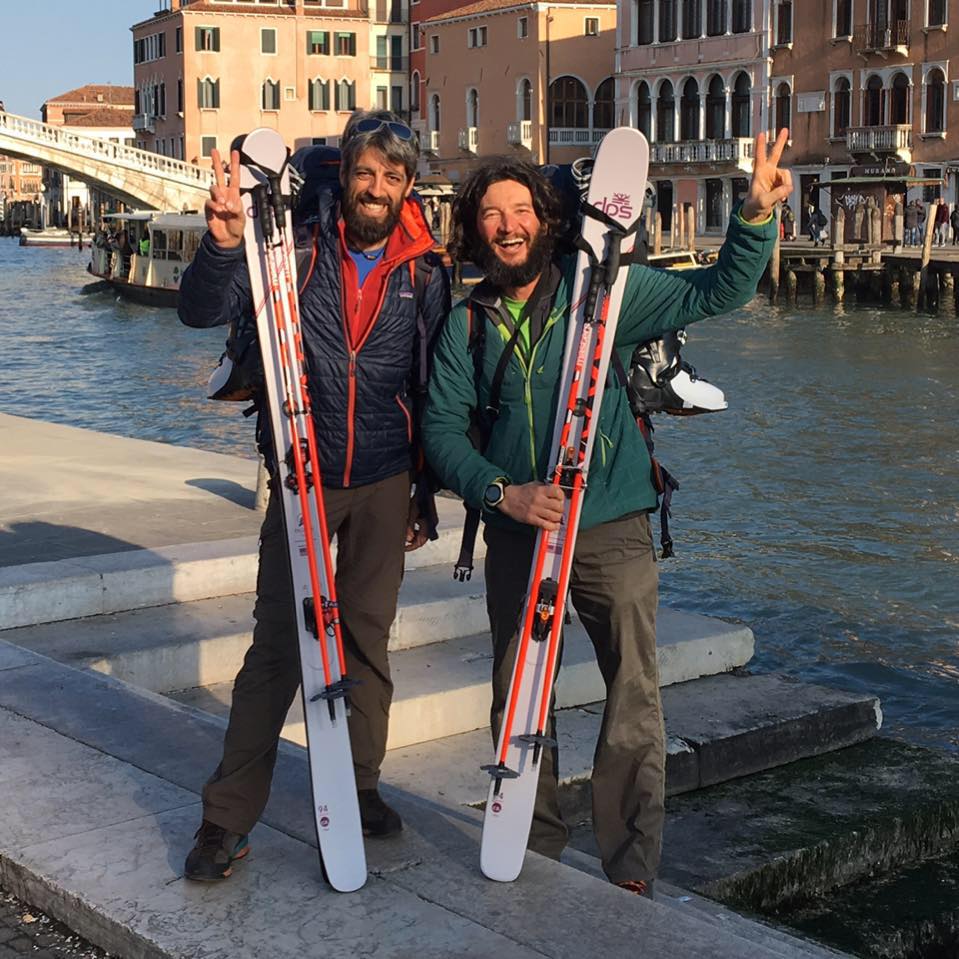 *By subscribing to the newsletter I authorize the processing of my personal data within the meaning of EU Regulation 2016/679 "General Data Protection Regulation". A confirmation will be requested for the above mentioned mail. Privacy Policy

© 2017 Atk Race Srl - All Rights Reserved
This site or the third party tools used by it use cookies that are necessary for its operation and useful for the purposes illustrated in the cookie policy. If you want to know more or deny consent to all or some cookies, please see the cookie policy. By closing this banner, scrolling through this page, clicking on a link or navigating in any other way, you consent to the use of cookies Cookie Policy