Let’s start with some stats:

The idea was born in late November-early December: COVID period with restrictions that unfortunately we all know. Talking to “Gio” we wondered, like everyone else, how long the period could last, whether by spring 2021 we would still be in full pandemic or not. The situation therefore raised the desire to find a nice ski project! 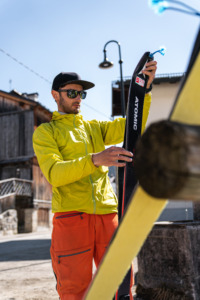 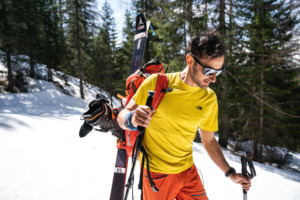 From my home in San Vito di Cadore I see both the top of Antelao and that of Pelmo so I already had the desire of chaining them up in the day. When i told this to Giovanni he said: “well, we could add something else and create a really nice project!”

So we started to think about which peaks chain together, in what sequence and how to move, considering the various aspects like: 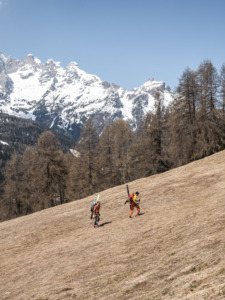 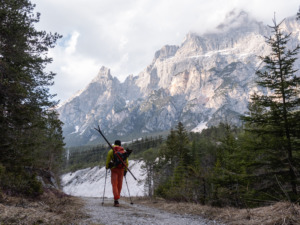 We wanted to be able to chain peaks moving only with skis or on foot, without neglecting safety e and without performance anxiety: we never set ourselves as speed-record researchers. We moved with equipment that was a good mix of skiing, reliability and lightness (ATK is always great in that: with my Release 10 I had an amazing time!) both because some descents have challenging stretches both because we liked the idea of linking these peaks but also to have fun along the descents! 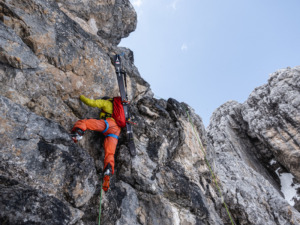 We decided to start with the Civetta whose time of descent is not forgiving, in fact, at 8:30 we were at the top. Then it was Pelmo’s time who is close enough and whose famous Ball’s ledge at 13 goes in the shade but on a day as cold as the one we chose the avalanche risk was well manageable. 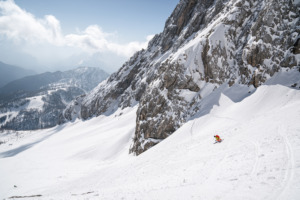 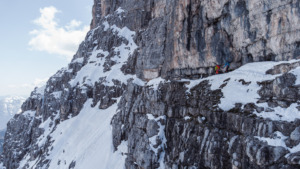 Then straight to my house in san Vito di Cadore, great meal and 4/5 hours of sleep that we really needed. We took it a little slow the next morning, the body was a little slow to reactivate, but in 15min walk up the forest from my house we connected to the ski slopes and then always on ski till the summit. The snow was still very beautiful, often powdery, so we enjoyed it without thinking of the 17km with almost 1000m of altitude difference that were waiting for us to get to the base of Tofana di Rozes. Those too have calmly passed, absurdly in the moment of perhaps the greatest euphoria of our journey, with the light of the sunset that in the middle of the wood showed the Antelao, skied in the morning, and the Tofana di Rozes, our next peak. 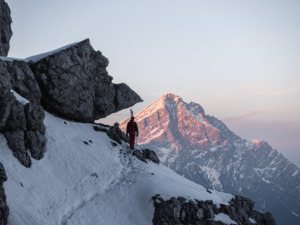 Arrived at the start of the route to the Rozes after some doubt about keep on going or stopping we opted for a quick nap in Gio’s van (we thought we could use it and we left it there two days before). Two hours of “sleep” and two more to convince the body to start again even if it took a while! 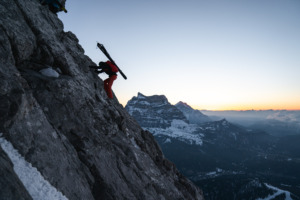 We left with the full moon that lit the day we arrived at the summit under a snow storm: very cautious descent due to the visibility that in the upper part was maximum 10 meters where, tired but happy, without saying anything we understood that our journey had come to an end. 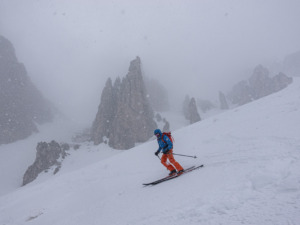 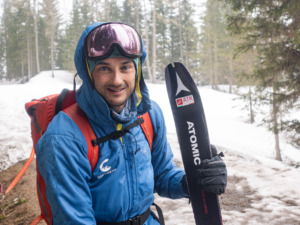 We simply wanted to have an adventure in our home ground and I would say that we succeeded! 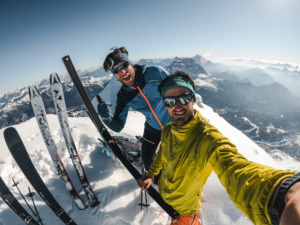 I especially thank Giovanni, a great friend for sharing the journey, Alice and Marco who followed us on the first day taking great photos and motivating us!
Regrets? Maybe sleeping more than three hours before departure could have make us leave more rested! 😉 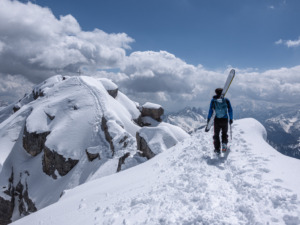 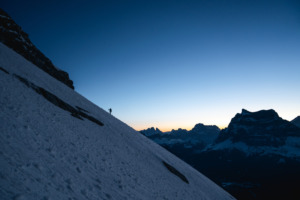