ATK enriches its team with a “made in Italy” mountaineering talent: Carlalberto Cimenti.
Carlalberto, called “Cala”, born in Turin, sportsman and traveler from birth thanks to the adventurous spirit transmitted by his parents who started him around the world from an early age. It is thanks to his father that, at just 12 years of age, Carlalberto was already at the top of Mont Blanc and a few years later grappling with the first high altitude experiences on the Ojos del Salado, Kilimanjaro and some mountains above 6000 meters in Nepal.

In 2015 it was the first Italian in history to receive the Snowleopard award, a recognition that the Russian Mountaineering Federation grants exclusively to those who climb all five peaks over 7,000 meters on the territory of the former Soviet Union. A project started in summer 2013 with the summit of Korzhenevskaya Peak 7.105m and concluded in August 2015 with the conquest of the top of Communism Peak, on which Cala boasts the record of the first descent from this peak with skis on its feet. ten years all the Cala expeditions are in fact designed with the ambitious objectibo to go back down the summit climbed with skis on their feet, in full or at least partially.

On June he will leave for a new adventure: to reach the summit of Nanga Parbat meters) and descend it, skis to the feet, along the Diamir face. Cala’s companions in this expedition will be the Russians Vitali Lazo and Anton Pugovkin, whose project “Death Zone Freeride” foresees the ascent of five eight thousand without oxygen with descent on skis.

The Nanga Parbat is among their goals and for this they asked Cala to join them in this adventure. The Nanga Parbat Ski Expedition 2019, in preparation since August last year, aims to climb the mountain in style alpine, without high altitude carriers and without the aid of oxygen, from the Diamir wall (North-West) following the path that will be more practicable, to then descend with skis from the summit, if the snow conditions allow it, along a route never descended until now with skis. If the weather is favorable, Cala Cimenti expects an initial acclimatization period in June, to then close the shipment within the first week of July.

ATK will  support “Cala” providing him the best technical support for this new record and future adventures. 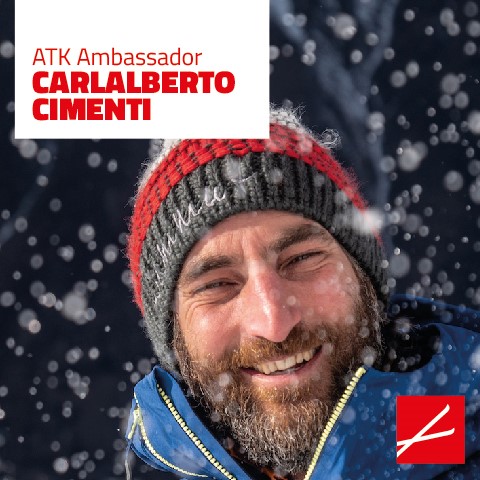